Abstract - These days, electrical industry is no longer seen as a service to fulfill electrical requirement by its consumers. It is rather considered as a business, where the electrical utilities seek for profits as they deliver electricity to the consumers. However, the profits gained are not just through the energy selling activities. To maximize their profits, economic load dispatch (ELD) is conducted. ELD is a computer-aided process that feasibly determines the proper amount of energy required by the load demand. Commonly, ELD is solved by considering several practical aspects including the prohibited operating zones, valve-point loading, and varying load conditions. However, ELD is limited by several constraints. To slow down the greenhouse effect and global warming, many countries have enacted environment policies to control the emission release, especially due to fossil-fuel consumption. Previously, emission is considered as either a constraint or a penalty factor in ELD problem. However, in recent decades, researchers have suggested that Economic emission dispatch (EED) should be treated as an objective function of economic dispatch problem. Some researchers solve EED and ELD simultaneously as a multi-objective problem through the implementation of weighted-sum technique. Several researches are also conducted on a new technique to solve multi-fuelled selection problem. Different fuel type will have different pricing signals, which regularly fluctuate from time to time. Thus, this talk will address the EED and ELD issues with proper selection of fuel to potentially maximize energy provider’s profit. Computational Intelligence approaches are described for the implementation of EED and ELD.

Biography of Professor Dr. Ismail Musirin
Obtained Diploma of Electrical Power Engineering in 1987, Bachelor of Electrical Engineering (Hons) in 1990; both from Universiti Teknologi Malaysia, MSc in Pulsed Power Technology in 1992 from University of Strathclyde, United Kingdom and PhD in Electrical Engineering from Universiti Teknologi MARA, Malaysia in 2004. Prof. Dr. Ismail Musirin has published 2 books and more than 300 technical papers in the international indexed journal and conferences. He is a reviewer of IEEE transactions, IET journals, John Wiley Journal and other international journals. He has given several keynote speeches in international conferences. His research interest includes power system stability, optimization techniques, distributed generation, dynamic stability, swarm optimization, meta-heuristic and prediction techniques. He is also a senior member of IEEE, IEEE Power and Energy (PES), Computer Society, senior member of International Association of Computer Sciences and Information Technology (IACSIT), International Association of Engineers (IAENG) and Artificial Immune System Society (ARTIST). To date, he is currently the Director, Community of Research (CoRe) for the Advanced Computing and Communication at Universiti Teknologi MARA. He has conducted numerous short courses to local universities and industries. He has served to several local universities as PhD and MSc theses, besides being the member for the Board of Studies (MSc Programme), Universiti Malaysia Pahang, Malaysia and was previously the Visiting Professor at Management and Science University, Shah Alam, Selangor. 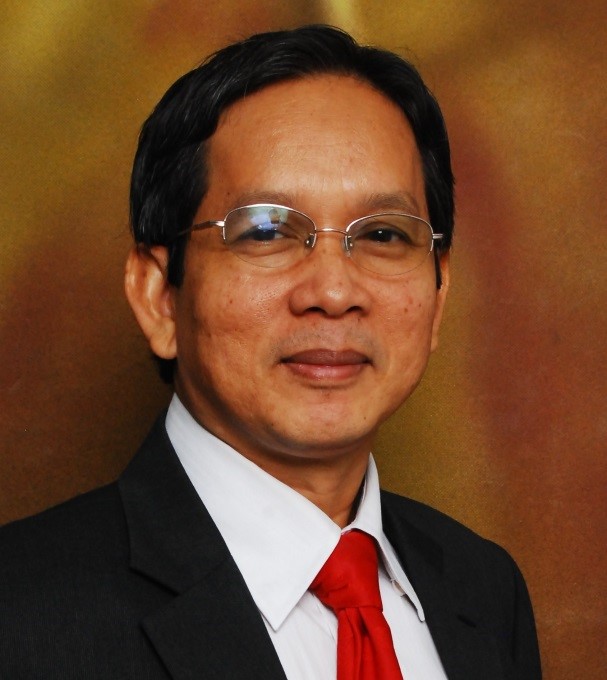 Abstract - There is a concern among the public on the rising cases of snatching street crime. While there are many video surveillance deployed in strategic locations, the usage is mainly for the post crime investigation. In surveillance systems where there are operators who are monitoring the scenes, there is certainly a limitation on the effectiveness or concentration of the operators in a long period in recognizing the events before the crime happen. The advances in the motion analysis technology both in the supporting hardware and software provide the opportunities to develop a real-time crime alert system that can be activated when crime event is detected to enable immediate response from the authorities. There are such systems been developed to detect abnormal movement based on high level features of individual human behaviors, but it is not effective or robust when there is more than one people in the scene doing different activities. This paper proposes a real time snatch theft detection algorithm based on low level motion features of the scene. Instead of detecting the pattern of the crime scene, the algorithm is based on the changes before and after the crime event. This makes the algorithm more robust against the changes in the environment such as the background scene and illumination. The proposed algorithm utilizes the optical flow techniques to analyse and extract the features from the complete video frames without the need to segment out the victim and the thief from the image scene. This eliminates the sensitivity of the algorithm to object occlusion. The extracted features before and after the crime scenes are then fed into a trained classifier for scene classification. Based on the various simulated scenes, a detection accuracy of 94% has been achieved.

Biography of Professor Dato' Ir Dr. Mohd Marzuki Mustafa
Dr M Marzuki Mustafa is a professor in systems and control engineering at Universiti Kebangsaan Malaysia. He received the B.E degree from University of Tasmania, Australia, MSc and PhD degrees in Systems and Control from University of Manchester Institute of Science and Technology, England and University of Salford, England. He is a corporate member of Institute of Engineers Malaysia and a registered professional engineer with the Board of Engineers Malaysia. He has held various positions in UKM such as dean of Faculty of Engineering and Built Environment, head of department of Electrical Engineering and Director of Bureau of Consultancy and Innovation UKM. He was member of global engineering deans council. He is the immediate past chairman of Malaysian Council of Engineering Deans for the public universities and the past chairman of Society of Engineering Education Malaysia. Apart from teaching and research, he is also active in consulting works and served in many committees in several government agencies. He has published more than 100 research articles in international journals. His research interest is in image processing and intelligent control and instrumentation. He is now the Pro Vice Chancellor (Strategy and Corporate Development) UKM and chairman of UKM Pakarunding Sdn Bhd. 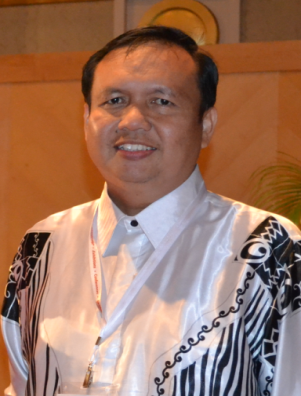 DESIGN AND DEVELOPMENT OF ULTRASONIC TOMOGRAPHY FOR LIQUID/GAS COLUMN

Abstract - Liquid/gas column or widely known as bubble column can be found extensively used in chemical industries such as in process bio-reaction, oxidation,
hydrogenation, chlorination and alkylation. Several methods available for monitoring the bubble column, but most techniques encountered difficulties to measure large and irregular shaped bubbles. Therefore, there is a need for alternative monitoring instrument for liquid/gas column. Ultrasonic process tomography has been widely explored for imaging industrial two-phase flows, especially in liquid/gas applications. Several ultrasonic tomography setups have been constructed as monitoring tools for liquid/gas column. However, it is observed that mostly the setups have limitations of low spatial resolution due to limited number of measurement. In order to deal with the problems, this research focuses on the design and development of an ultrasonic tomography system that will employ a transceiver sensor arrangement to increase the number of measurement. Using signal processing circuitries to collect information from the sensor data; and Visual C++ as the software platform, the system performs real-time imaging on an experimental liquid/gas column.

Biography of Professor Dr. Ruzairi Abdul Rahim
Ruzairi Abdul Rahim graduated with honours degree in Electronic System & Control Engineering from Sheffield City Polytechnic, United Kingdom in 1992. In 1996, he received the Ph.D. degree from Sheffield Hallam University, United Kingdom for a thesis title A tomographic imaging system for pneumatic conveyor using optical fibres. He began his career as a tutor at the Department of Control & Instrumentation Engineering in the Faculty of Electrical Engineering, Universiti Teknologi Malaysia (UTM) in 1992. He was made Associate Professor at UTM in 1999 and Professor in 2006. He was appointed as the Head of Department in 1 June 1998 for 8 years. In 2006, he was appointed as the Deputy Dean (Corporate) at Research Management Centre, UTM for about 3 years before appointed as the Director at the Research Management Centre in 2009. He has written more than 15 original books, published more than 200 papers in refereed journals, produced more than 124 conference papers as well as numerous other writings including chapter in a books, articles in popular publications, manuscripts, and technical reports. Professor Ruzairi is a member of Institute of Electrical Engineers (IEEEE) . He has received more than 35 academic and research awards, including Top Researcher Scientist Malaysia 2013 awarded by Academic Science Malaysia. His major research interests are in Process Tomography using varies sensors such as Optical, Ultrasonic, Electrical Capacitance, Electrical Resistance and Gamma Ray.

For international delegates from certain locations (Jakarta, Bangkok, Delhi, Dhaka, Karachi, Beijing, Taipei, Seoul, Madrid), we recommend you to travel with Malaysia Airlines from City of Departure to Kuala Lumpur to Kuantan. 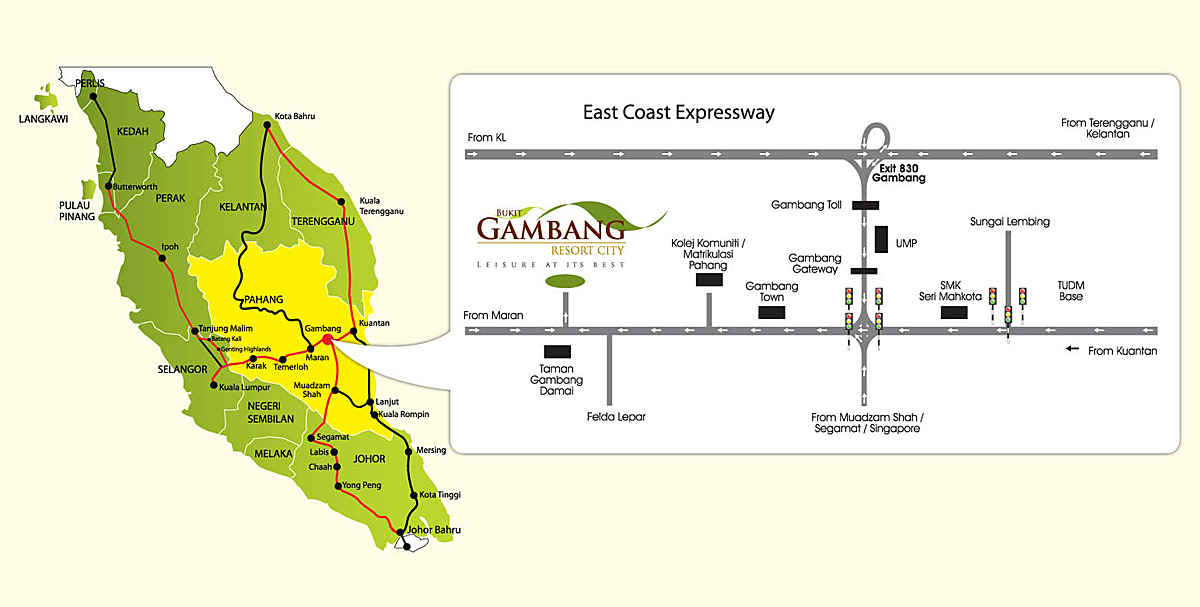 There are also a large number of airlines flying to Kuala Lumpur that you can select. Please refer to the following website links for details on airlines.

Please refer to Immigration Department of Malaysia portal regarding the requirement of visa.